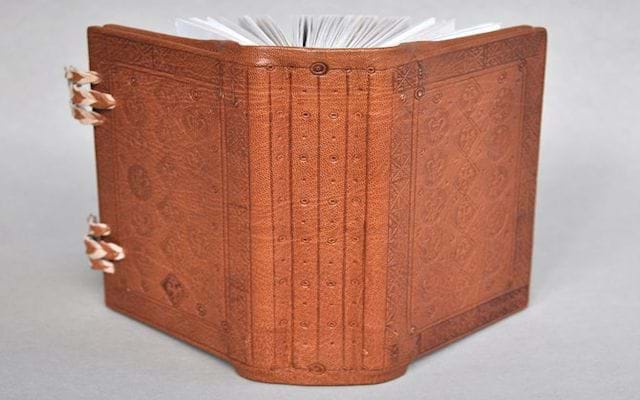 A Case for Byzantine Priority

The "Byzantine" Textform (otherwise called the "Majority" or "Traditional Text") predominated throughout the greatest period of manual copying of Greek New Testament manuscripts -- a span of over 1000 years (ca. AD 350 to AD 1516). It was without question the dominant text used both liturgically and popularly by the Greek-speaking Christian community. Most Greek manuscripts in existence today reflect this Byzantine Textform, whether appearing in normal continuous-text style or specially arranged in lectionary format for liturgical use. Of over 5000 total continuous-text and lectionary manuscripts, 90% or more contain a basically Byzantine Textform.

This statistical fact has led some simply to refer to this Textform as the "Majority Text." This misnomer, however, gives a false impression regarding the amount of agreement to be found among Byzantine manuscripts where places of variation occur. No two Byzantine-era manuscripts are exactly alike, and there are a good number of places where the testimony of the Byzantine-era manuscripts is substantially divided. In such places, the archetypical "Byzantine Textform" must be established from principles other than that of "number" alone.

An important consideration is that, except for a few small "family" relationships which have been established, the bulk of the Byzantine-era documents are not closely-related in any genealogical sense. A presumption, therefore, is toward their relative independence from each other rather than their dependence upon one another. This makes the Byzantine majority of manuscripts highly individualistic witnesses which cannot be summarily lumped together as one "mere" text type, to be played off against other competing text types. This relative autonomy has great significance, as will be explained.

The Byzantine/Majority Textform is not the text found in most modern critical editions, such as those published by the United Bible Societies or the various Nestle editions.[12] Byzantine readings, however, are often cited in the apparatus notes to those editions. The critical Greek editions favor a predominantly "Alexandrian" text, deriving primarily from early vellum and papyrus documents having an Egyptian origin -- a clear minority of manuscripts in any case. It should be remembered that most of the variant readings pertaining to one or another text type are trivial or non-translatable, and are not readily apparent in English translation (significant translatable differences are discussed above).

Not all early manuscripts, however, favor the Alexandrian text, and few are purely Alexandrian in character. Many early papyri reflect mixture with a more "Western" type of text, but few (if any) scholars today favor the "Western" readings found in such manuscripts. Such rejection, although well-founded, is basically subjective. On a similar basis, the early date and certain "preferred" readings currently cause the minority Alexandrian manuscripts to be favored by critics over against those comprising the Byzantine/Majority Textform.

Many scholars, particularly those from within the "Evangelical" camp, have begun to re-evaluate and give credence to the authenticity-claims for the Byzantine Textform, as opposed to the textual preferences of the past century and a half. The Alexandrian-based critical texts reflect the diverse textual theories held by various critics: a preference for early witnesses (as espoused by Lachmann, Tregelles or Aland); a partiality for a favorite document (as demonstrated by Tischendorf or Westcott and Hort); a "reasoned" eclectic approach (as advocated by Metzger and Fee); and a "rigorous" eclectic approach (as argued for by Kilpatrick and Elliott). The weakness of each of these positions is the subjective preference for either a specific manuscript and its textual allies, for a small group of early manuscripts, and/or for certain types of "internal evidence" regarding a reading's length, difficulty, style, or contextual considerations.