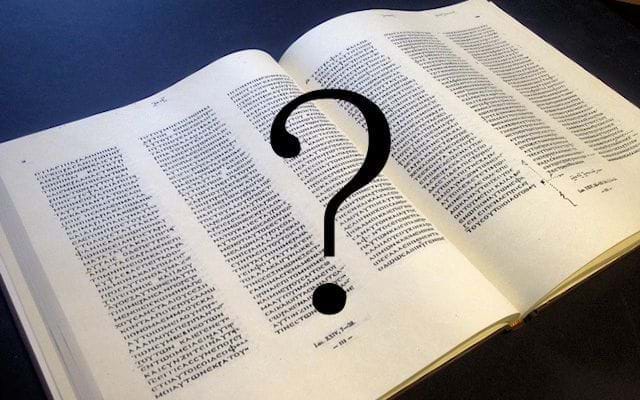 Where Does the Codex Vaticanus Come From?

This is a good question and the short answer is that nobody really knows, but that does not stop dozens of so-called scholars coming up with dozens of speculative answers.

Millions of people today buy the NIV, NASB, NRSV, ESV and other Alexandrian text Bibles without answering any of these questions or even knowing they need to ask. Consequently millions base their faith in Bibles with a spurious and unreliable background.

What Do We Really Know About the Codex Vaticanus?

Around 1448, the original Codex, which consisted of more than 500 pages of text written in Greek, found its way to the newly established Vatican Library. (The Library was established by Pope Nicholas V). Everything else is speculation. It may have been Cardinal Bessarion who procured the Codex for the new library, sometime in the 1470s. We can be fairly sure about that general time frame since the Codex was cataloged at the Vatican Library in 1475.

Some scholars say the Codex Vaticanus was written in Rome and others say it was written in Alexandria while others speculate that it may have been written in Caesarea. Nobody knows for certain. Although, scholars are almost certain that it wasn't written in Constantinople.