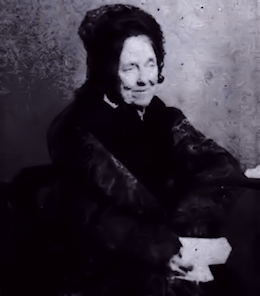 The Julia Evelina Smith Parker Translation is considered the first complete translation of the Bible into English by a woman. The Bible was titled The Holy Bible: Containing the Old and New Testaments; Translated Literally from the Original Tongues, and was published in 1876.

Julia Smith, of Glastonbury, Connecticut had a working knowledge of Latin, Greek and Hebrew. Her father had been a Congregationalist minister before he became a lawyer. Having read the Bible in its original languages, she set about creating her own translation, which she completed in 1855, after a number of drafts. The work is a strictly literal rendering, always translating a Greek or Hebrew word with the same word wherever possible. Smith accomplished this work on her own in the span of eight years (1847 to 1855). She had sought out no help in the venture, even writing, "I do not see that anybody can know more about it than I do." Smith's insistence on complete literalness, plus an effort to translate each original word with the same English word, combined with an odd notion of Hebrew tenses (often translating the Hebrew imperfect tense with the English future) results in a translation that is mechanical and often nonsensical. However, such a translation if overly literal might be valuable to consult in checking the meaning of some individual verse. One notable feature of this translation was the prominent use of the Divine Name, Jehovah, throughout the Old Testament of this Bible version.

In 1876, at 84 years of age some 21 years after completing her work, she finally sought publication. The publication costs ($4,000) were personally funded by Julia and her sister Abby Smith. The 1,000 copies printed were offered for $2.50 each, but her household auction in 1884 sold about 50 remaining copies.

The translation fell into obscurity as it was for the most part too literal and lacked any flow. For example, Jer. 22:23 was given as follows: "Thou dwelling in Lebanon, building as nest in the cedars, how being compassionated in pangs coming to thee the pain as in her bringing forth." However, the translation was the only Contemporary English translation out of the original languages available to English readers until the publication of The British Revised Version in 1881-1894.(The New testament was published in 1881, the Old in 1884, and the Apocrypha in 1894.) This makes it an invaluable Bible for its period.