Who was Desiderius Erasmus?

Desiderius Erasmus was a renowned scholar and theologian. It was his edition of the Greek New Testament which became the foundation of the Textus Receptus. The information supplied on his life and career, serves to show that nobody was more qualified to undertake the task of preserving God's word. He was the right man, at the right time, in the right place.

"Latin scholarship, however elaborate, is maimed and reduced by half without Greek. For whereas we Latins have but a few small streams, a few muddy pools, the Greeks possess crystal-clear springs and rivers that run with gold. I can see what utter madness it is even to put a finger on that part of theology which is specially concerned with the mysteries of the faith unless one is furnished with the equipment of Greek as well, since the translators of Scripture, in their scrupulous manner of construing the text, offer such literal versions of Greek idioms that no one ignorant of that language could grasp even the primary, or, as our own theologians call it, literal, meaning." [1] 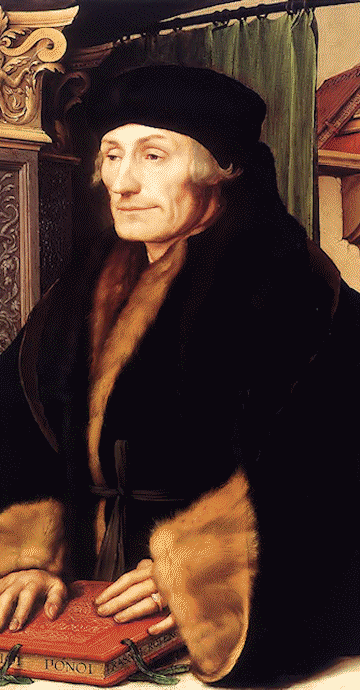 Frederick Nolan, writing in 1815, states, in addition to the manuscripts which Erasmus owned or had seen himself, he gathered readings from various European nations through his broad friendships in universities, libraries, and monasteries. He noted; “I have a room full of letters from men of learning...” “We find by the dates of his letters that he was corresponding at length and elaborately with the learned men of his time on technical points of scholarship, Biblical criticism...”. [2]