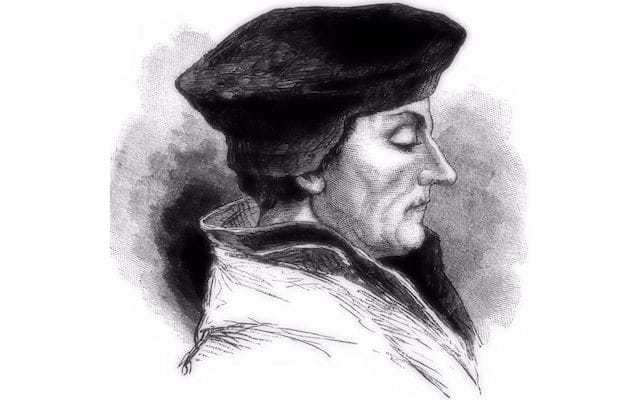 The Real Story of Erasmus and the Textus Receptus

Many critical-text scholars today would have you believe that Erasmus was a little back-water Catholic Priest who only had access to a small handful of manuscripts to write the Textus Receptus. This is a long way from the truth and shameful denigration in a feeble attempt to bolster the lack of integrity in the man-made critical-texts.

Desiderius Erasmus was born in 1466, just 13 years after the Fall of Constantinople. He was orphaned at the age of 9 and was raised in a monastic school run by the clergy. From this point, Erasmus was raised in a world of manuscripts and became proficient in Latin and Greek.

In 1492 Erasmus took his vows as a canon regular at Stein, in South Holland, and was ordained to the priesthood at the age of 25. Soon after his ordination, he was offered the post of secretary to the Bishop of Cambrai, because of his great skill in Latin and his reputation as a man of letters.

He then studied at the University of Paris, in the Collège de Montaigu. The University was then the greatest seat of scholastic learning in Europe. Then he went to England. He studied at Oxford University and his time in England was fruitful in making very powerful lifelong friendships, in the days of King Henry VIII, with leaders of English thought: John Colet (Dean of St Pauls Cathedral), Thomas More (Lord High Chancellor of England), John Fisher (English Bishop and theologian), Thomas Linacre (renaissance humanist scholar and physician) and William Grocyn (lecturer in Greek at Oxford).

He also gained valuable letters of introduction to the Royal Courts of Europe which allowed him access to institutions throughout Europe with biblical manuscripts. Erasmus had mastered the Greek language to the extent that he understood its true worth in theological studies. Erasmus traveled throughout Europe inspecting manuscripts and gathering variants. In Turin, Italy he was examined in theology at Turin's renowned university and obtained his Doctorate of Theology.

Erasmus returned to England and at the University of Cambridge, he was a professor of divinity and stayed at Queens' College, Cambridge from 1510 to 1515. The majority of his work on New Testament Greek variants was collated in this period. When he finally set out to write his Greek New Testament he would only need a base text on which to build the foundation of the Textus Receptus.

Desiderius Erasmus was a renowned scholar and theologian. It was his edition of the Greek New Testament, published in 1516, which became the foundation of the Textus Receptus. He had embarked on his quest to write a parallel Greek and new Latin text to reform the corrupted text of the Catholic church, but it was the Erasmus Greek text which went on to become the foundation of the world's greatest Bibles.

The information supplied on his life and career shows that nobody was more qualified to undertake the task of preserving God's word. He was the right man, at the right time, in the right place.

One of the loudest and most insistent criticisms of the King James Bible, is that its Greek Text, the Textus Receptus, is inferior to Alexandrian Greek texts. The attack upon the Textus Receptus centers not on the text itself, but on Desiderius Erasmus. The assumption of these so-called scholars is that, if you can somehow discredit Erasmus, then you can discredit the KJV. These men level their guns at Erasmus, attacking him personally. Then they sit back in smug satisfaction in imagining they have accomplished their goal.