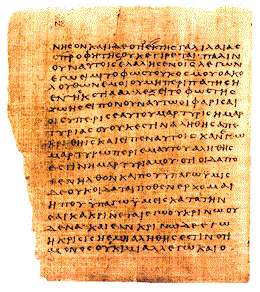 The Byzantine Majority Text is the edition by Pierpont and Robinson. It is similar to an earlier production of Hodges and Farstad in being based on von Soden's apparatus, but without their stemmatic reconstruction of the Apocalypse and the Pericope Adulterae.

The Majority Text, also known as the Byzantine Text, is a method of determining the original reading of a Scripture by discovering what reading occurs in a majority of the manuscripts. As the Greek New Testament was copied hundreds of times over 1500 years, the scribes, as careful as they were, occasionally made mistakes. The vast majority of these mistakes are in misspellings, or in whether "the" or a preposition occurs. The testimony of the thousands of manuscripts over 1500 years is entirely consistent on all the key issues of the Christian faith.